When your network card is properly configured, you can display the broadcast address for the interface of your choice by performing the following command (interface eth0 is shown in this example):

Here is the output that my Linux box is showing, 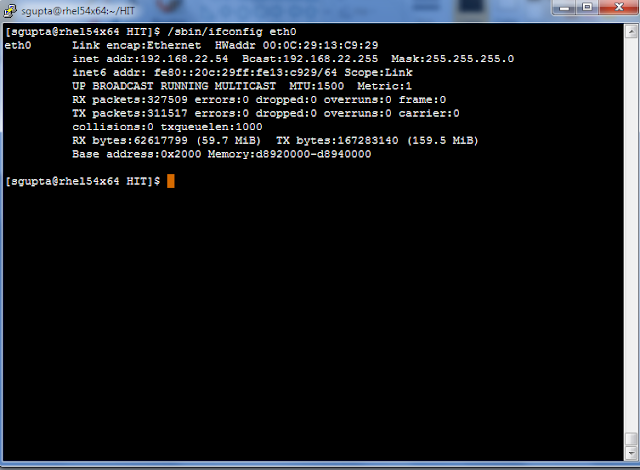