What is SSH? A basic description
Secure Shell (SSH) was intended and designed to afford the greatest protection when remotely accessing another host over the network. It encrypts the network exchange by providing better authentication facilities as well as features such as Secure Copy (SCP), Secure File Transfer Protocol (SFTP), X session forwarding, and port forwarding to increase the security of other insecure protocols. Various types of encryption are available, ranging from 512-bit encryption to as high as 32768 bits, inclusive of ciphers, like Blowfish, Triple DES, CAST-128, Advanced Encryption Scheme (AES), and ARCFOUR. Higher-bit encryption configurations come at a cost of greater network bandwidth use. Figure 1 and Figure 2 show how easily a telnet session can be casually viewed by anyone on the network using a network-sniffing application such as Wireshark. 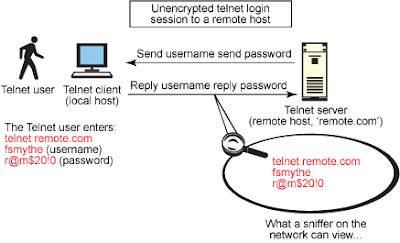 When using an unsecured, "clear text" protocol such as telnet, anyone on the network can pilfer your passwords and other sensitive information. Figure 1 shows user fsmythe logging in to a remote host through a telnet connection. He enters his user name fsmytheand password r@m$20!0, which are both then viewable by any other user on the same network as our hapless and unsuspecting telnet user 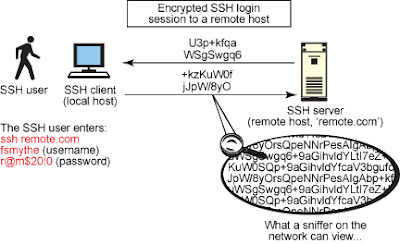 Figure 2 provides an overview of a typical SSH session and shows how the encrypted protocol cannot be viewed by any other user on the same network segment. Every major Linux® and UNIX® distribution now comes with a version of the SSH packages installed by default—typically, the open source OpenSSH packages—so there is little need to download and compile from source. If you're not on a Linux or UNIX platform, a plethora of open source and freeware SSH-based tools are available that enjoy a large following for support and practice, such as WinSCP, Putty, FileZilla, TTSSH, and Cygwin (POSIX software installed on top the Windows® operating system). These tools offer a UNIX- or Linux-like shell interface on a Windows platform.
Whatever your operating system, SSH touts many positive benefits for commonplace, everyday computing. Not only is it dependable, secure, and flexible, but it is also simple to install, use, and configure—not to mention feature laden.
SSH architecture
IETF RFCs 4251 through 4256 define SSH as the "Secure Shell Protocol for remote login and other secure network services over an insecure network." The shell consists of three main elements (see Figure 3):
Figure 3. SSH protocol logical layers 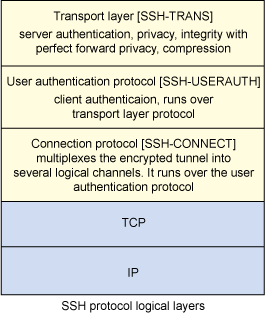 The transport layer is responsible for key exchange and server authentication. It sets up encryption, integrity verification, and (optionally) compression and exposes to the upper layer an API for sending and receiving plain text packets. A user authentication layer provides authentication for clients as well as several authentication methods. Common authentication methods include password, public key, keyboard-interactive, GSSAPI, SecureID, and PAM.
The connection layer defines channels, global requests, and the channel requests through which SSH services are provided. A single SSH connection can host multiple channels concurrently, each transferring data in both directions. Channel requests relay information such as the exit code of a server-side process. The SSH client initiates a request to forward a server-side port.
This open architecture design provides extensive flexibility. The transport layer is comparable to Transport Layer Security (TLS), and you can employ custom authentication methods to extend the user authentication layer. Through the connection layer, you can multiplex secondary sessions into a single SSH connection (see Figure 4).
Figure 4. SSH within the Seven-layer OSI Model 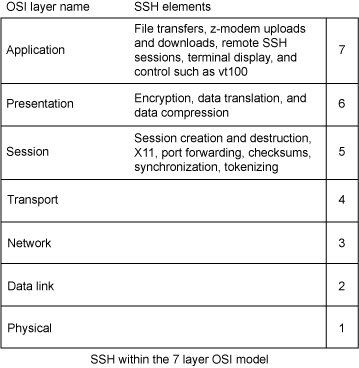