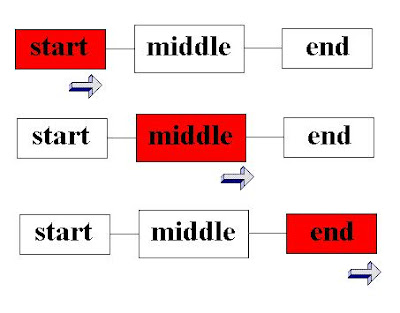 control statements
Control Statements, then, are ways for a programmer to control what pieces of the program are to be executed at certain times. The syntax of Control statements are very similar to regular english, and are very similar to choices that we make every day. There are two basic types of control statements: branching statements and loops.
branching statements
We will first look at branching statements. Let's say Julien is shopping at a mall and he finds a CD that he wants to buy. Julien then checks his pocket to see if he has enough money to pay for the CD. When he pulls his money out of his pocket Julian may be thinking: "if I have more money than the price of the CD then I will buy the CD." In pseudocode that thought could be translated into:
if (my_money > cost_of_CD) then
buy_CD
else
get_a_job
end if;
Note that the pseudocode statement end if means "end the previous if statement." This is to make it clear what statements are inside the if statement and what statements are outside of the if statement.
Depending on a certain condition a certain series of events will be executed. Another type of branching statement is called a switch statement. A switch statement is just a shorter way of writing a lot of if statements. Switch statements will be explained in more detail in the next subsection.
nesting control statements
In the preceding situation, if Julien doesn't have enough money, before going out to get a job, he could look for a friend to borrow the money from. Now the pseudocode for this could be:
if (my_money > cost_of_CD) then
buy_CD
else
if (see_a_friend) then
borrow_money
else
get_a_job
end if;
end if;
Now there is one control statement that is inside of another control statement. This is known as nesting.
loops
Let's pretend now that Julien was buying a house instead of a CD. If Julien wanted to buy the house without taking a loan from the bank, he would have to wait until he had enough money to buy the house. The pseudocode for this could be:
if (my_money > cost_of_house) then
buy_house
end if;
But this means that Julien would only check once if he had enough money to buy the house. What we want to describe is the fact that Julien needs to keep waiting until he has enough money to buy the house.
while (my_money < cost_of_house)
work_more
end while;
buy_house;
This is a loop statement. Another loop statement is the for command. Let's say Julien wanted to add up how much money he would make over the next year. Let's say Julien is paid $500 twice each month. The pseudocode to figure this out could be:
int total=0;
for x = 1 to 24
total = total + 500
next x;
output total;
A for statement execute a specified number of times. In this instance it executes 24 times (12 months * 2 pay periods per month). In this example, it would actually be easier to write this code as:
total = 24 * 500;
output total;
But, what if Julien earns interest on any money that he saves? Now a for statement will be a handy tool. Let's decide that Julien spends $400 a month on rent, $75 a month on food, and $100 a month on other expenses. Let's also assume that Julien earns 2% per month on any money that he saves. Now our pseudocode could look like:
int monthly_expenses= 400 + 75 + 100;
int monthly_income = 1000;
float interest_rate = .02
// compute the amount Julien will have saved after one year
int total = 0;
int interest_earned =0;
for x = 1 to 12
interest_earned = total * interest_rate;
total = total + interest_earned + monthly_income - monthly_expenses
next x;
// display the value
output  total;
Control statements allow a programmer to craft a program so that certain parts of code execute multiple times, or not at all based on the current state of the program. Control statements are the most basic form of logical control within a program.
Posted by Saurabh Gupta on July 22, 2011

Email ThisBlogThis!Share to TwitterShare to FacebookShare to Pinterest
Labels: C++